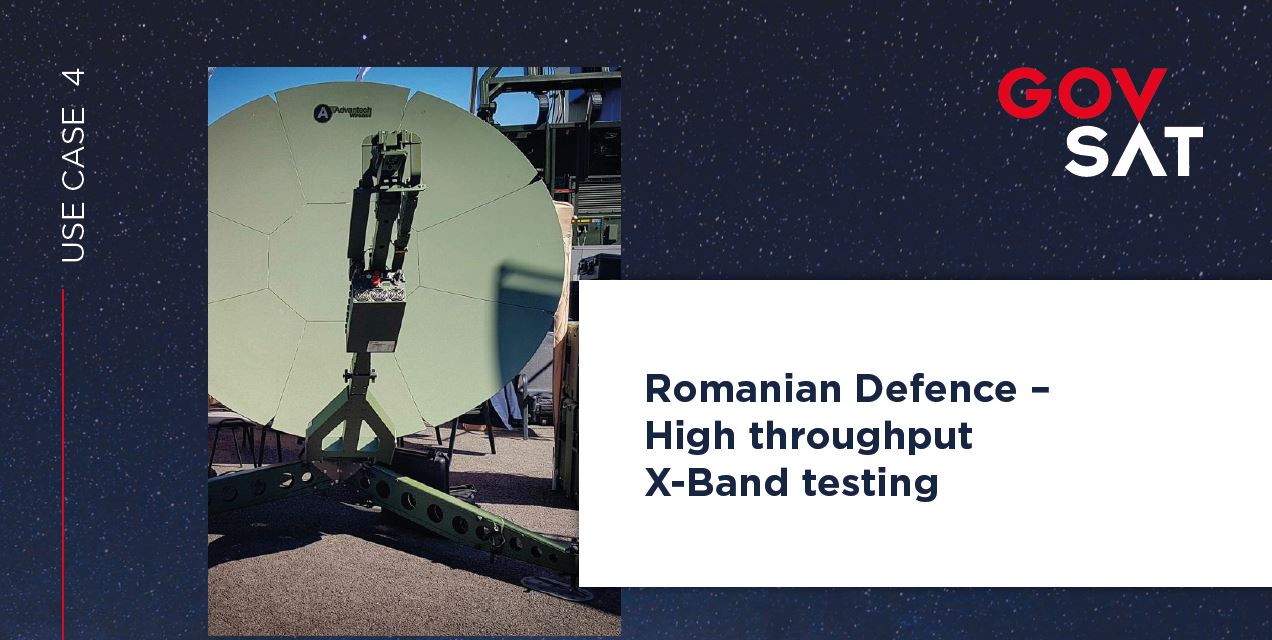 GovSat provided the test capacity for the acceptance testing of the Romanian Defence deployable 2.4m X-Band terminals produced by AIM Romania. As part of the acceptance, a link between 2.4m terminals was tested at a data rate of 52 Mbps using the European Cover Mission Beam on GovSat-1. The testing used GovSat-1 X-Band capacity with the 2.4m terminals from the Romanian Defence Forces at three different military locations near Bucharest. Twin point to point links were set up, thus achieving 50 Mbps between two terminals with some 60ms less latency than a similar link over Ku-Band.